Residentials that bring classroom learning to life for Lower Juniors as well as Upper Juniors! 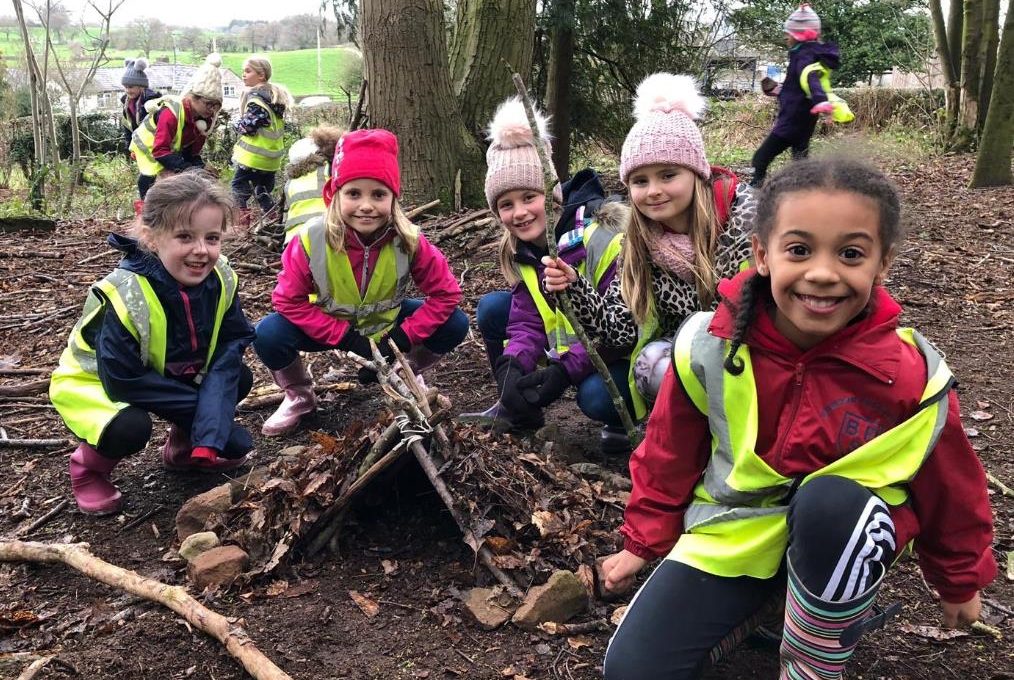 In many schools, pupils first go on a residential trip in Y6. According to Mrs Turner-Wilson, who leads the ‘GoExplore’ programme at our school, that’s too late! ‘They’re more self-conscious at that age. Plus they’re about to move on to new schools so they don’t benefit from the new friendships and understanding of each other that residential trips bring’, she explains.

For that reason, Bowdon Prep School is now running residential trips from Y3 and include visits to places such as Burwardsley Outdoor Education Centre in Cheshire and Mount Cook Adventure Centre in Derbyshire. The photographs below clearly show the benefits – enthusiastic, excited girls, growing in confidence, working together in teams and finding new skills that they can excel at.

Mrs Turner-Wilson pointed to a number of specific examples of success on the Y4 residential. ‘One project was to weave the walls of a Celtic roundhouse. The girls had to decide how their teams would work together and who would gather the different materials. There was a lot of effective discussion and they were so proud of their achievements.  Another task was an archeological dig. They found items buried in a particular way and had to consider why they were in that order. For example, were they the remains of a house or a fence? They had to think historically, and everyone got involved!’.

Girls were also able to take part in climbing, archery, orienteering and problem-solving. The archery in particular was a great success. Some of the girls who don’t necessarily excel at netball or rounders achieved the best scores and enjoyed the discipline and focus of the sport.

Mrs Turner-Wilson’s experience as a Brownie Leader, alongside the professionalism of the Adventure Centre, meant that staying away from parents and home for the first time was a positive and well-managed experience for the girls. ‘We have dressing gowns and teddies, cocoa and a bedtime story. The girls simply love it’, she concludes.

One question Mrs Turner-Wilson – may we all come next time?!

This website uses cookies to improve your experience while you navigate through the website. Out of these, the cookies that are categorized as necessary are stored on your browser as they are essential for the working of basic functionalities of the website. We also use third-party cookies that help us analyze and understand how you use this website. These cookies will be stored in your browser only with your consent. You also have the option to opt-out of these cookies. But opting out of some of these cookies may affect your browsing experience.
Necessary Always Enabled
Necessary cookies are absolutely essential for the website to function properly. These cookies ensure basic functionalities and security features of the website, anonymously.
Functional
Functional cookies help to perform certain functionalities like sharing the content of the website on social media platforms, collect feedbacks, and other third-party features.
Performance
Performance cookies are used to understand and analyze the key performance indexes of the website which helps in delivering a better user experience for the visitors.
Analytics
Analytical cookies are used to understand how visitors interact with the website. These cookies help provide information on metrics the number of visitors, bounce rate, traffic source, etc.
Advertisement
Advertisement cookies are used to provide visitors with relevant ads and marketing campaigns. These cookies track visitors across websites and collect information to provide customized ads.
Others
Other uncategorized cookies are those that are being analyzed and have not been classified into a category as yet.
SAVE & ACCEPT