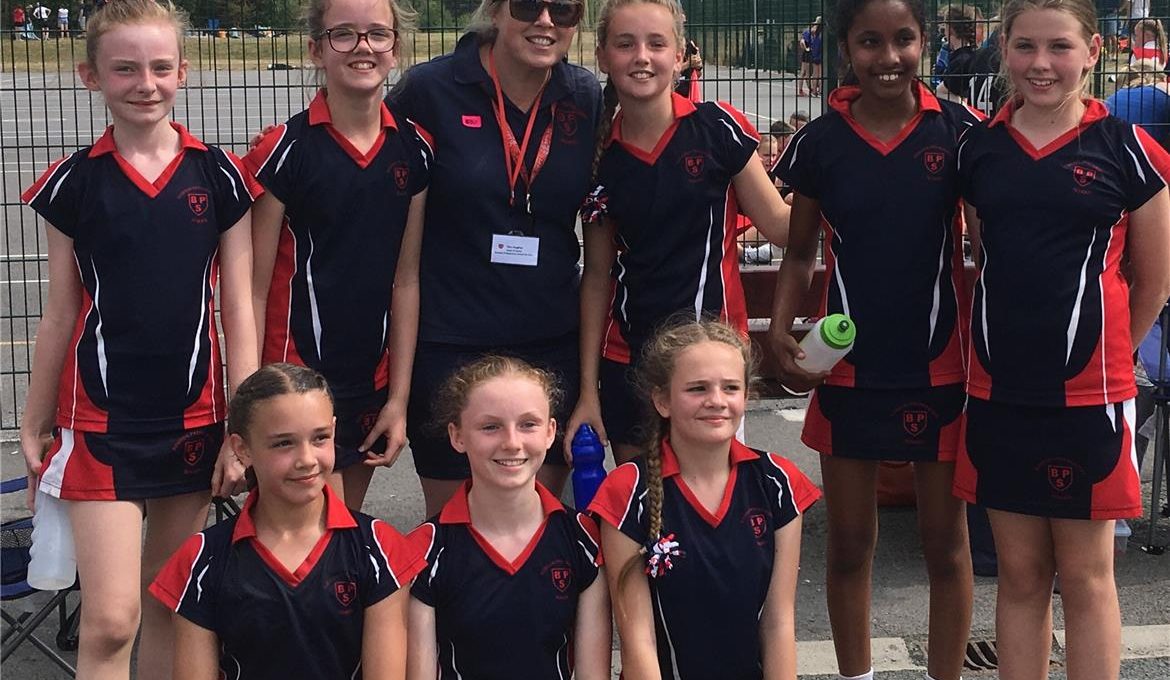 On Friday, our Year 6 netballers competed at the Greater Manchester Games. They were representing Trafford and competing against 16 other schools from across the borough, who had also qualified through local competitions.

In the hot temperatures, our girls played some superb netball and worked together with some fluent and effective play on show throughout the day.

We fought hard to reach the finals, where we faced St Paul’s Primary School from Oldham. This meeting was the same line up as last year’s final!

The match was incredibly close, with Bowdon bringing it back to 5-5, resulting in 2 minutes of extra time. After such a nail biting match, it was St Paul’s who claimed victory with a final score of 6-7. We’re so proud of the incredible effort of our Year 6 netballers, who brought home the silver medals after a wonderful netball season. What a fantastic way to finish your Bowdon Prep netball journey!!