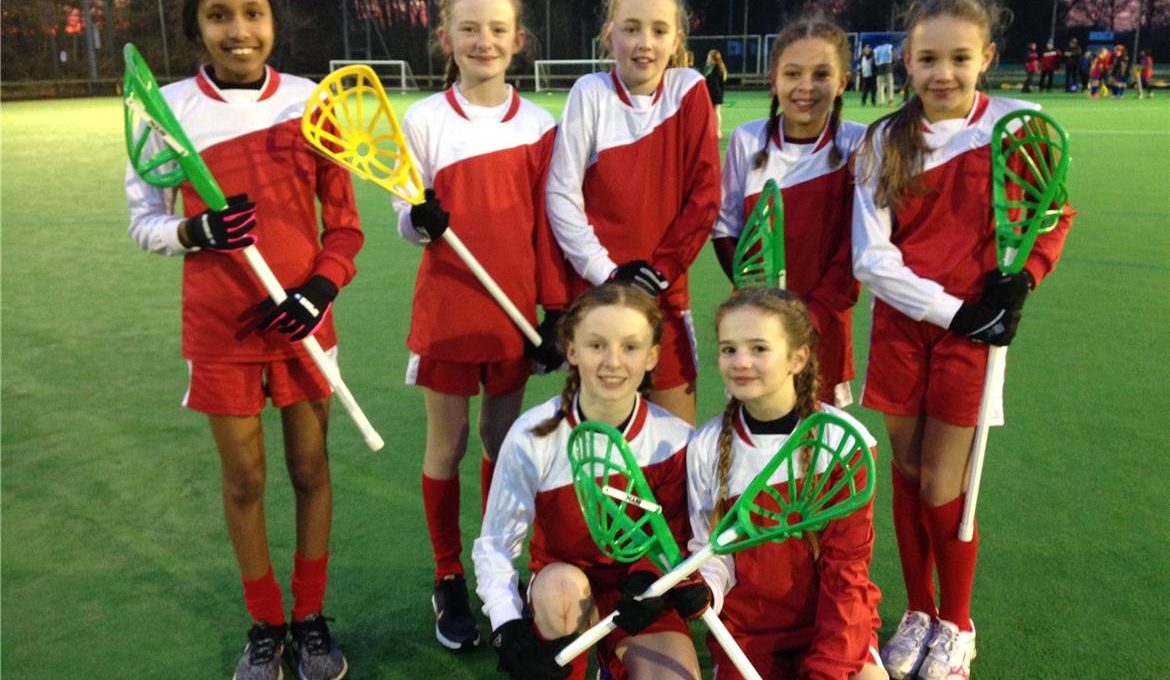 On Tuesday, the Year 6 Lacrosse Team (Genna, Poppy, Issi, Holly, Meera, Grace and Cianna) played in the National Pop Lacrosse Championships – Timperley round, in the snow! Bowdon Prep was the only all girls team, all the other teams were mixed. The results are as follows:

Due to point difference, we came fourth out of 9 schools and went through to the semi finals against Hale Prep where we lost 0-4. Congratulations to the whole team for playing so well and for braving the elements!