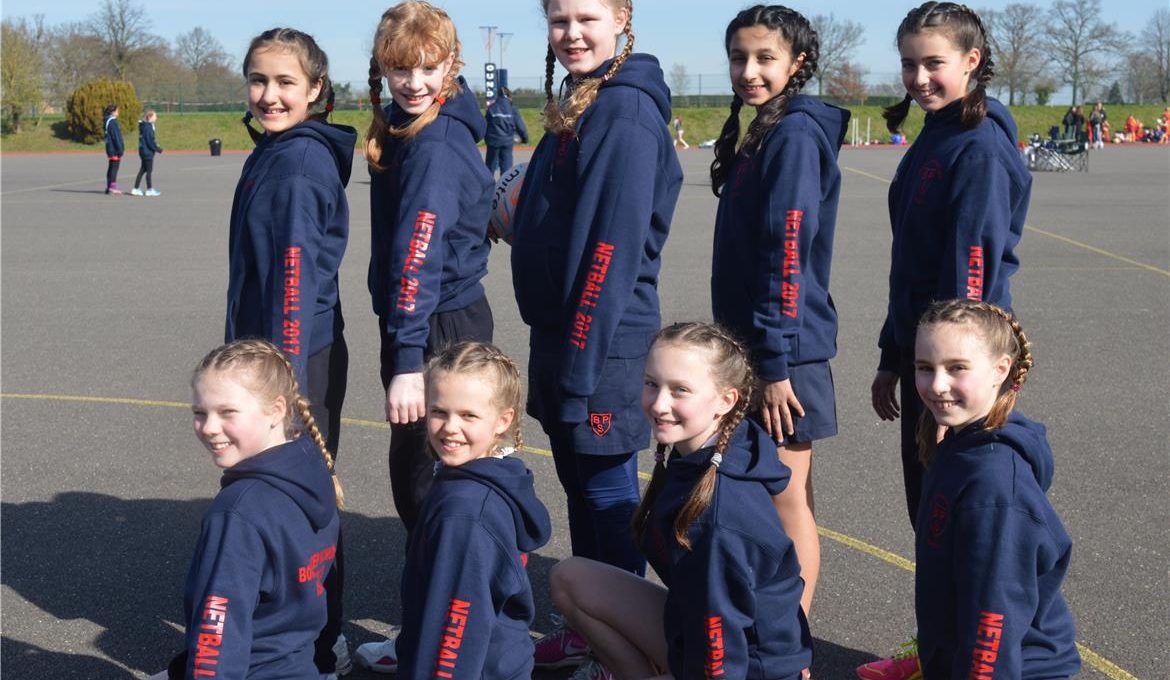 On Saturday 25 March 2017, Bowdon Prep competed in the ISA National Junior Netball Competition, after qualifying as regional winners at the recent north ISA tournament. The event took place at the prestigious Oundle School in Peterborough, where we were drawn against the best Year 6 netball teams from other independent schools from across the country. We played some superb netball to win all our games in our group, including beating the southern champions in our first match.

As we won our group, we received a ‘bye’ to the semi-finals where we faced Falkner House. This was expected to be a close semi-final, however, our Year 6 pupils seemed to find another gear. They worked together and produced some outstanding netball and proved how decisive and attacking they were with their play. The final result was 11-2 to Bowdon and a place in the National Finals.

Hale Prep School had also qualified for the competition and it was the school from around the corner that we faced in the finals! The players know each other well from many school fixtures and club netball. However, Bowdon took their netball to another level and showed everyone why they deserve to be National Champions. The final whistle blew and we were victorious with a 7-4 win!

Throughout the entire competition, our Year 6 Bowdon team played at a standard that surpassed their years. They demonstrated a desire to win and attacked and defended with such determination and focus. Their team spirit allowed them to work for and with each other and they proved to be worthy National Champions! It truly was a proud day for the girls, their parents and the staff at Bowdon Prep.

This website uses cookies to improve your experience while you navigate through the website. Out of these, the cookies that are categorized as necessary are stored on your browser as they are essential for the working of basic functionalities of the website. We also use third-party cookies that help us analyze and understand how you use this website. These cookies will be stored in your browser only with your consent. You also have the option to opt-out of these cookies. But opting out of some of these cookies may affect your browsing experience.
Necessary Always Enabled
Necessary cookies are absolutely essential for the website to function properly. These cookies ensure basic functionalities and security features of the website, anonymously.
Functional
Functional cookies help to perform certain functionalities like sharing the content of the website on social media platforms, collect feedbacks, and other third-party features.
Performance
Performance cookies are used to understand and analyze the key performance indexes of the website which helps in delivering a better user experience for the visitors.
Analytics
Analytical cookies are used to understand how visitors interact with the website. These cookies help provide information on metrics the number of visitors, bounce rate, traffic source, etc.
Advertisement
Advertisement cookies are used to provide visitors with relevant ads and marketing campaigns. These cookies track visitors across websites and collect information to provide customized ads.
Others
Other uncategorized cookies are those that are being analyzed and have not been classified into a category as yet.
SAVE & ACCEPT