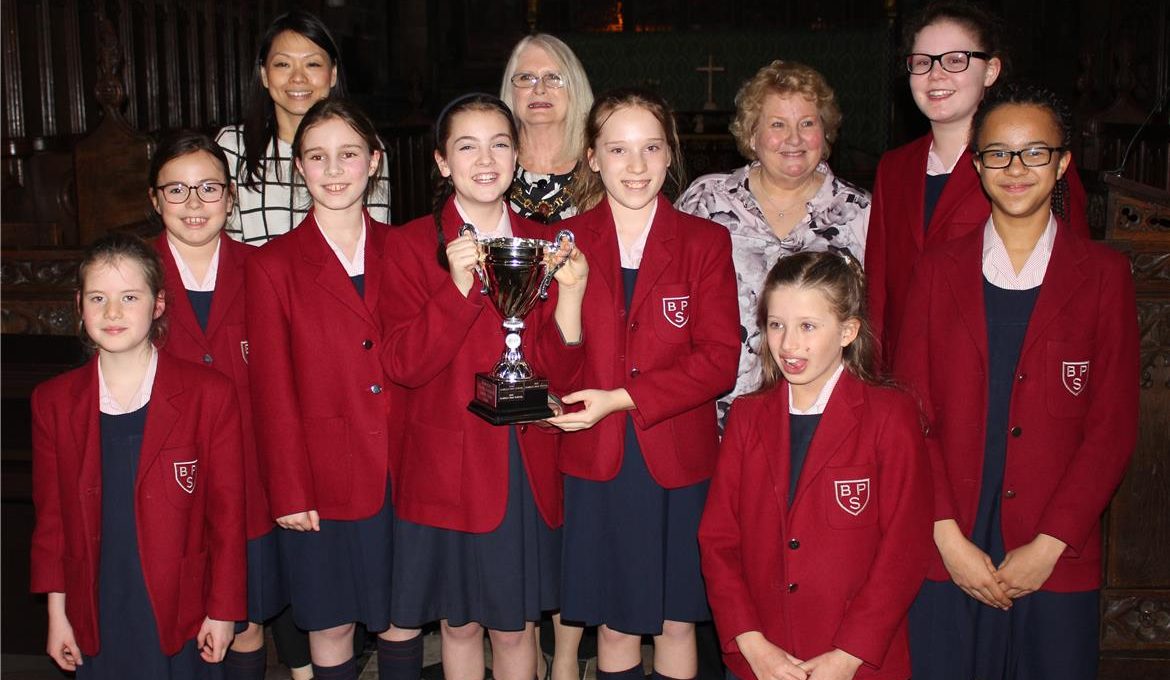 On Friday, 3 February both the Chamber and Junior Choirs entered the Bowdon Youth Festival.  The Junior Choir sang A Pirate Song, in which they added props such as eye patches and daggers.  There was even a parrot!  The adjudicator wrote:

‘This was great fun and you gave a most enjoyable performance.’

They followed this with Ghosts in the Belfry with a “Boo”! at the end, making everyone, including the adjudicator, jump!

‘This had lots of atmosphere and your careful attention to detail was a real feature.  You had clearly prepared this very well.  Well done, everyone!’

The Chamber Choir sang The Ride-by-nights by Benjamin Britten.  The adjudicator wrote:

‘A challenging choice and it came off very well.  You project the words really clearly and capture the atmosphere of the song really well.’

They followed this with a favourite of the girls, Can You Hear Me?  Once more the adjudicator was impressed.  He wrote:

‘The character and mood of the song is well captured, with clear diction.  The vocal tone is generally well blended and the tuning is good.  There is careful attention to dynamics.  Overall a most effective performance – well done!’

The marks awarded to the choirs were 85 – commended for the Junior Choir and 87 – distinction for the Chamber Choir.  The Chamber Choir once again received the trophy for first place in this class – the best overall performance.   Well done girls.  We are all very proud of you!