Headmistress for the day 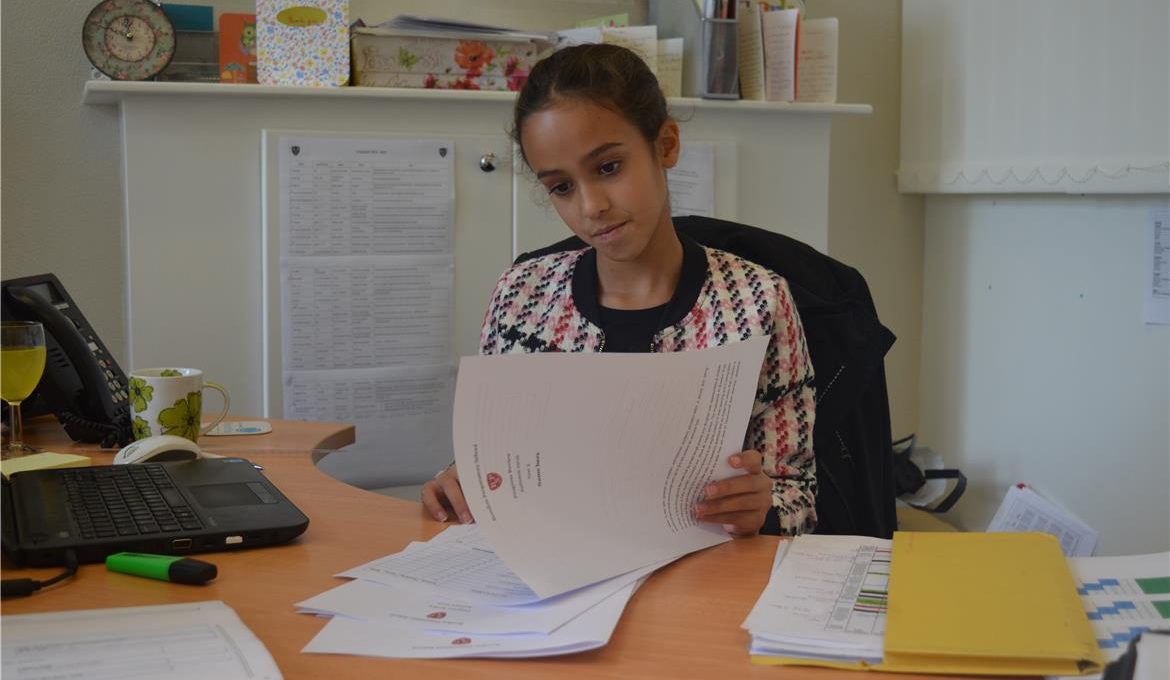 Yesterday, Summer from Year 4 was our Headmistress for the day.

Summer writes “You wouldn’t believe how excited I was that I was going to be Headmistress for the day. When I came into school, I went to Mrs Gee’s office. I was given orange juice and it was really nice. In the morning, I went to watch lessons in Mrs Jackson and Mrs Wilshaw’s classes. After that I did some work that Mrs Gee would normally do. I then supervised the Kindergarten playtime and went outside for Junior break. After break, Mrs Vasey and I went through some paperwork to check that everything was correct. During lunchtime, I was allowed to have lunch with my friends and then it was time for assembly. At the end of assembly, I dismissed all the classes. During the afternoon, I spent time observing a Year 5 lesson and showed some prospective parents around the school. At the end of the school day, I went to show out the Kindergarten and Reception classes. And that is the end of a day being Headmistress”.