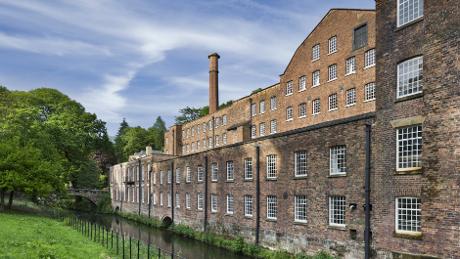 Quarry Bank features a working cotton mill with galleries devoted to water and steam power of the late l8th century. With hands-on activities there was plenty to occupy the inquisive minds of our Year 6 girls. They had an opportunity to explore the outdoors, discovering first hand about which creatures live in the pond and the woods. They learned much about lifecycles, food chains and habitats in the gardens and grounds, and the Victorian dipping pond at Quarry Bank Mill.

The young apprentices who arrived at Styal Mill in the 19th century were very lucky compared with their friends who were not chosen to go with them but who were left in the Liverpool workhouse. Year 6 had a taste of the life of an apprentice, trying bed making, emptying chamber pots, writing with a slate pencil copying copperplate handwriting and seeing real live leeches in the medicine cabinet.

The work was hard and the hours long, but the thought of using the outside privy and eating thick porridge flavoured with herbs was even worse!