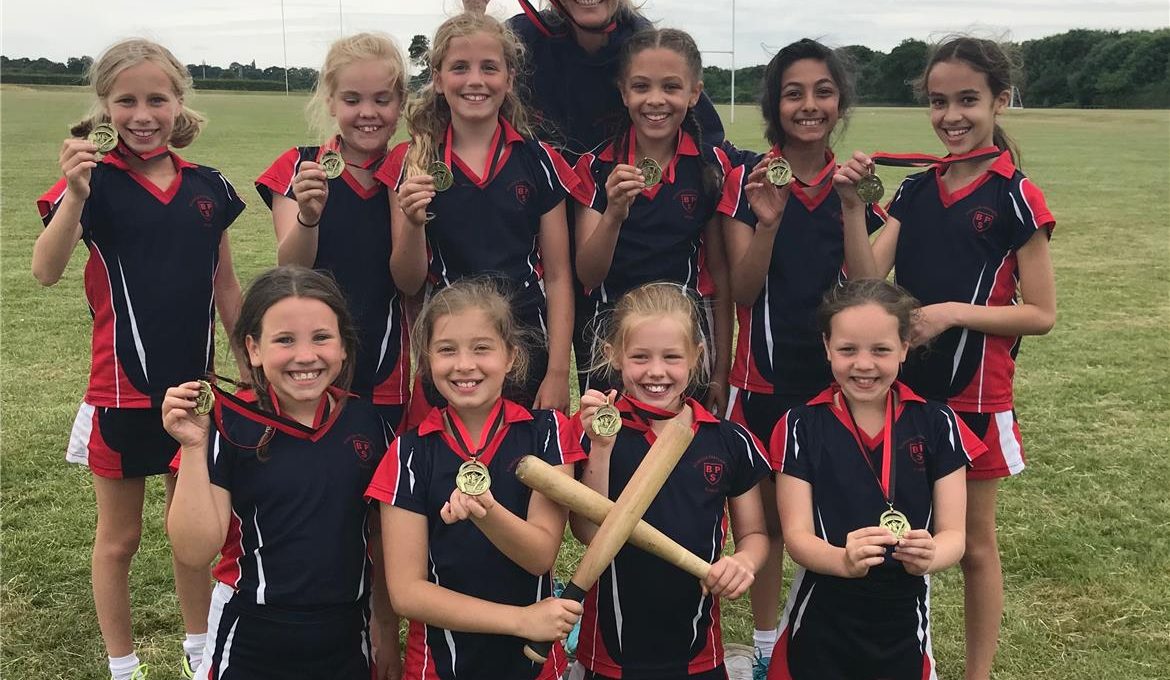 On Wednesday, the Year 5 rounders team played in the Year 6 ISA rounders tournament at The Grange School (as the Yr 6’s were on their residential trip). All 10 players, Carys, Bella, Ava A, Cianna, Lottie, ruby, Harriet, Ariana, Katie and Summer were outstanding!

They came first place in their section and played Bridgewater School in a nail biting semi final, as the final score was 8-8 but with 2 balls remaining we stumped their batter out and so won, as we had 4 outs and they had 5 players out! Phew!!!!

In the final which was also extremely close, BPS held their nerve and won 14-12!!!! So this fabulous. Year 5 team received gold medals and won the Year 6 ISA rounders championships!!!! Mrs Baxter is so very proud of each and every one of you!!!!