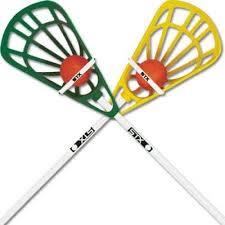 The Year 6 A and Year A teams played in the mixed five a side lax tournament, their first of the year.

The year 6 team won 3, lost 2 and drew I match, goal scorers include Jess (who scored an impressive 10 goals!), Rosa and Daisy who both scored 1. All players must be congratulated and they finished in 3rd place!

The year 5’s in their first ever lacrosse tournament won 2, lost 2 and drew 2 and finished in 4th place. Zara scored an impressive 6 goals, Tabitha scored 2, Karina scored 2 and Bella scored 1. The whole year 5 team performed brilliantly against year 6 boys (3 per team) and girls (2 per team).

Many thanks to Mrs Wilshaw and Mrs Baxter who took the girls and to the parents for supporting on the side lines in the damp weather conditions!